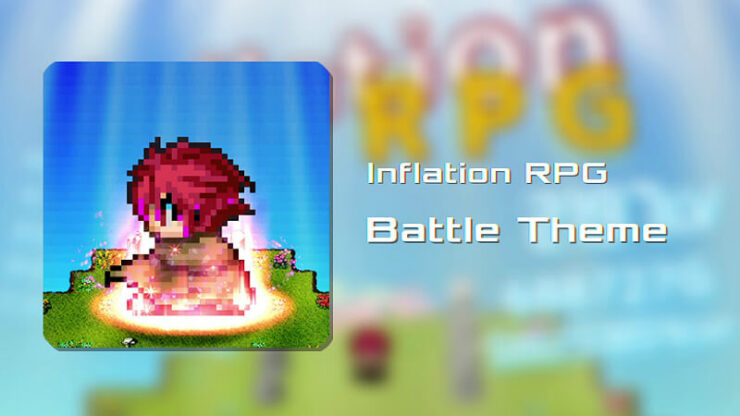 Inflation RPG – entertaining role-playing game executed in an old style and in which you have to improve your own character to the hundredth level. To do this, you need to participate in a variety of confrontations and eliminate all enemies. No more dreading moving up to the top levels (do you remember the struggle of leveling from 79 to 80 in World of Warcraft?) as each battle awards you between 200 and 1000 level ups.

The core challenge is to balance your stats so you can reach the highest possible level after over 30 battles. The graphics of this game are simple 2D RPG-style, reminiscent of 90’s era Japanese RPGs, complete with monsters that are either really cute or really bizarre.

At the beginning of the game, you choose one of 16 characters with different statistics per level (HP, Atk, Def, Agl, Luck) and are then given 30 battle points. One battle point is required to fight each battle. You can earn more by fighting bosses or through finding certain equipment. 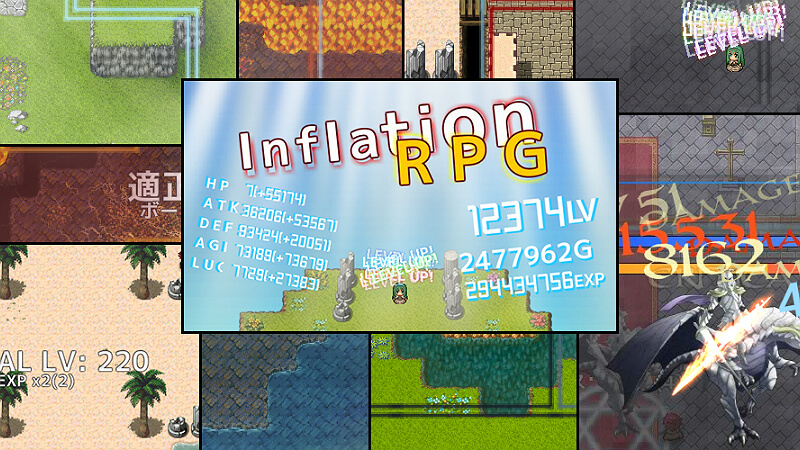 The game is over once you have spent all your battle points, and you can upload the record of your character’s levels and stats to online leaderboards.

You can purchase equipment with money that is earned based on your luck stat and the monster you defeated. Your equipment carries into your next game which will help you cut through the early bosses and enemies quicker, enabling you to level up faster. Equipment is also dropped by defeated enemies based on your luck stat, so high-level enemies and monsters drop better equipment.

Having a high luck stat is insanely useful for farming equipment and money but not for fighting. This means you need to balance your character accordingly. Unlike equipment, money does not carry over to your next play-through, which means you better spend all your cash before the end of the game. Being unable to reach a certain amount of money means being unable to buy the highest level items, essentials for getting those all-important high scores. 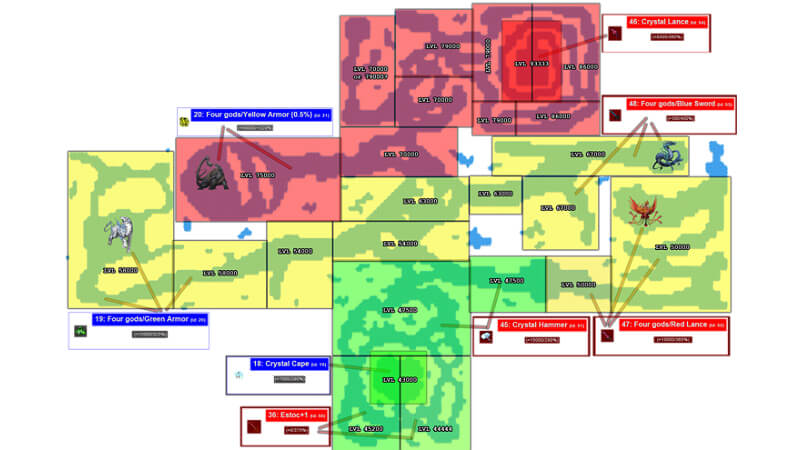 Inflation RPG is an epic challenge. It demands some serious courage and wits to progress. This is highly recommended to power players who like pushing their characters to the furthest limits of monster ass-kicking. The beauty of this game is its simplicity, which allows any gamer to enjoy it while challenging hardcore players to be the best.

Most importantly, Inflation RPG can be played offline which makes it perfect when you’re on the bus, in a car, or anywhere else lacking Wi-Fi. For any RPG fan, this is a special little game that really shouldn’t be missed.