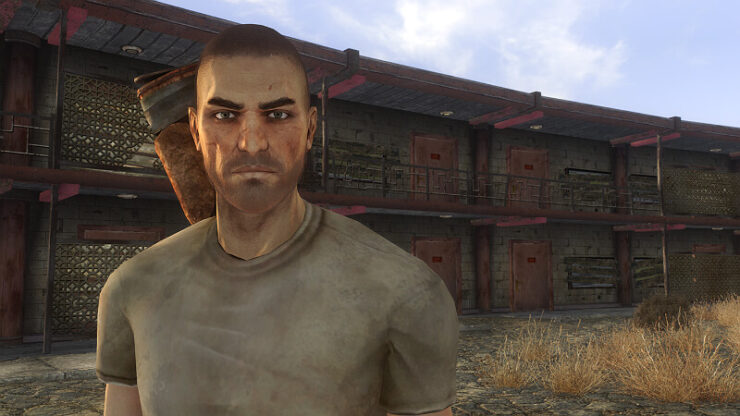 Why Are There No Good Hair Mods for FNV? Or Is there any way to make FCO+NVR3 to play nicely alongside Ling’s hair mod+ZZJay’s hairshop?

So… I’ve noticed a resounding lack of really good hair mods for FNV (I assume the same can be said of FO3 since it’s the same engine). Skyrim has a plethora of huge and great (plus mostly easy to use) hair mods like ApachiiSkyhair and especially my personal favorite, KS Hairdos. I have FO4 on console and even it has a version of Commonwealth Cuts and Azar’s Ponytails (both of which are fantastic and very similar in amount of content as the ones in Skyrim.)

But when it comes to New Vegas, a HUGELY popular game with so many amazing mods from Project Nevada to Project Brazil to Caesar’s New Regime to New Vegas Redesigned and FCO to voiced companions and so on. Considering we have two big character overhaul mods, it absolutely blows my mind that we have nothing good when it comes to hairs. Now let me reiterate — there are some good hair mods! If you’re into anime hair/kawaii graphics, there’s a lot of hair mods. Plus there are some other ones out there that are good and a bit more lore friendly. But those are far fewer. Even worse, the best ones (IMO) require Ling’s Couffre which I believe alters the hair of NPCs rather than just adding in hair for the player to use. That makes it conflict with NVR3 and FCO.

So I’m issued an ultimatum I don’t have to choose in Skyrim or FO4: do I get some cool hair… OR do I use those character overhauls and use vanilla hair. It. Sucks.

In particular, there’s one hairstyle I adore from Skyrim that is part of KS Hairdos and is also part of ZZJay’s Hairshop from Lover’s Lab (which, again, requires Ling’s or otherwise screws up the meshes of NPCs resulting in the red exclamation mark things). Whatever the issue is, it goes away when I get rid of those hair mods so it’s somehow tied to it. The hair style in question is Shero (bottom left corner). This is such a great hairdo (and there’s a lot in both KS and ZZJay) that are great. In particular Shero looks somewhat vintagey with the way it’s sort of is wavy down one side of the face but at the same time, is short and manageable which makes sense for the post-apocalypse.

Regardless! I’m really desperate here folks. Is there a way to get these mods to play nicely? And if there isn’t… what would it take for me to make the Shero hair (and it’s required textures and meshes) purely for my character so I don’t have to install all those hair mods that seem to break my neat FCO+NVR3? Whether it’s persuading someone to convert the Shero hair from KS Hairdos or ZZJay into a small little player character-ONLY mod or even giving me a step by step tutorial (as if I was the dumbest person in the world so as to avoid any miscommunication or mistakes) to take just that hairstyle and convert it into a player-only hair. I want my character to look as cool as my characters in FO4 and Skyrim!

Anyway, just to pull out all the stops and to try and make this easier for anyone who maybe reads this, here are pertinent links:

Any and all help would be enormously appreciated!

P.S. Not sure if the load order is too important for this. If I need it, just me know and I’ll add it asap! As of now, it doesn’t seem to have mattered whether I tried adding the hair mods first then FCO+NVR after OR vice versa — overwriting, not overwriting. No matter what, I end up with walking red exclamation points. I even looked at the Nexus post about fixing those but that didn’t matter presumably because mine are being caused by the hair mods as opposed to just NVR getting all screwy on its own.

GTAmes
Veronica’s Quest “I COULD MAKE YOU CARE” Glitch