Where exactly *IS* the Sierra Madre Resort? 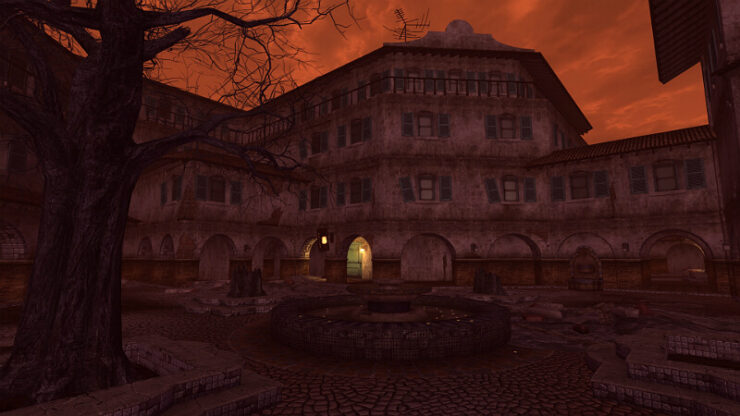 One of the strengths of New Vegas was how rooted the experience was in extrapolating real-world locations and elements into the science-fantasyscape of the Mojave Wasteland for players to enjoy. They did a decent job with rescaling the environment to suit their needs and took advantage of nearby landmarks very effectively. The DLC, like Honest Hearts, is the best example of them using real-world geography and iconography to build up the game’s lore and player immersion. However, there’s a sticking point.

After picking the game back up and completing the DLCs, I realized something: I had no idea where I had actually beenduring the events of Dead Money. This confused me further when I attempted to research it, as I was familiar with the book it was partially based on. To frame: Honest Hearts takes place in Zion National Park, which is in reality only a few hours from Vegas and well entrenched in southern Utah. Lonesome Road, while not particularly descriptive in providing its real-world location, offers some hints: a major thoroughfare for easterly-bound trade marks it as a former interstate or highway going by typical NCR routes (Long 15, etc) and its “northwestern” label places it as being close to or corresponding to Death Valley National Park up through Route 190 if we place it between the Mojave and theoretical NCR territory. This tells us that at least 2/3 of the major DLCs take place within walking distance (well, give or take) of Vegas. So that begs the question: where is the Sierra Madre Resort?

The obvious answer is: The Sierra Nevada. Taking advantage of the name similarities to a mountain range in Mexico, the Sierra Madre, they planted it somewhere in the region of the mountains which cut through Yosemite and Sequoia National Parks. The alternative to this general location guideline is the actual Sierra Madre, which again is in Mexico. Which would imply the player is transported all the way through Arizona untouched, which is a dubious proposition and doesn’t fit with the profile Obsidian established for their other DLCs. But figuring out the general location; that’s not the hard part. The hard part is figuring out whereabouts the bugger actually sits. 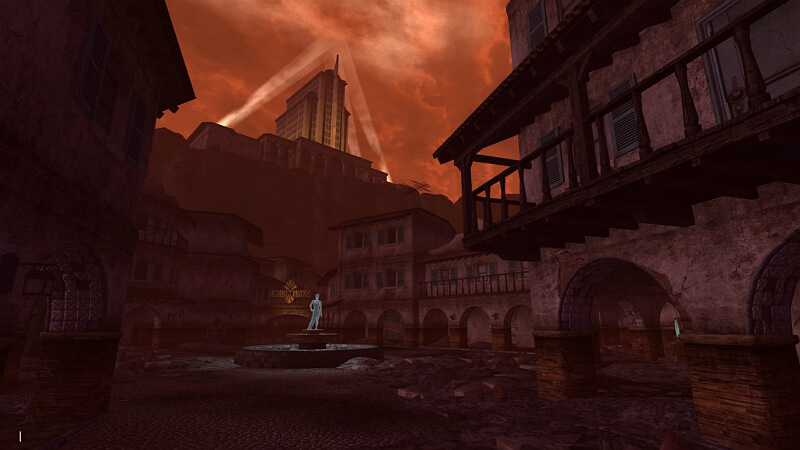 It’s unlikely that the Sierra Madre Resort is parked directly on the Sierra Nevada range for a few reasons. Namely, most of it is covered toe-to-tip in giant sequoia trees, none of which appear at any time in cinematic or are mentioned despite what would probably be a major landmark. Recall that the Sierra Madre is referenced as being “lost” in a “wasteland” and is referenced as being in the middle of the desert by multiple in-game log entries, which implies a location away from landmarks like National Parks. Also, the Sierra Madre is all the way across Death Valley, so it doesn’t really fit there either. There’s no mention of the Courier moving through the Lonesome Road DLC to reach the Sierra Madre, and one has to keep in mind that contextual clues are essential in forming an idea of where it might be considering how the game handles geolocation.

Another option is adjacent to the actual Sierra Madre mountain range which actually is partially in California. Fun fact: The Sierra Madre actually consists of four distinct mountain ranges forming the edges of Mexico’s dry landmass. The one mentioned in Dead Money’s inspiration, The Treasure of the Sierra Madre, is the Sierra Madre Occidental. The Sierra Madre mountains in California, however, are smack dab in the middle of NCR territory. Again, I find it unlikely that it would be located in such a literal location because of its supposedly mysterious nature and wasteland location which doesn’t jive with what we know of the “New” California. I think someone from the Boneyard would’ve spotted it by now.

Which leads to probably the most likely and boring explanation that really isn’t much of an explanation: Somewhere in Northern Arizona. Often, major constructions like cities or resorts are named after distant landmarks or famous persons which inspired it. This naming convention is pretty much a hallmark of American history; we have an entire state named after a British King. In the same way, the Sierra Madre Resort draws its name and architecture in spirit from Mexico, formerly Spanish territory, and from the book bearing its namesake. While it’s likely that the location to initiate the DLC was just placed to balance it off the other two (West, North, and East) the directions have stayed mostly loyal to their DLC’s relative location, and Dead Money could potentially follow that trend. Finally, Northern Arizona was historically considered to be a lot of badlands and very little comes out of that region in-game, lending its location to being somewhat mysterious. This is just the conclusion I’ve drawing apprehensively after finding nothing that matched up very well from a few hours of going over maps and in-game text.

So, thoughts? Anything I missed? Where do you think it’s located, and why? I hope you’ve got a better handle on this than I do.

Hang on a second. I’d considered Scotty’s Castle during my investigation and considered it personally to be the strongest contender and my pet theory, but I didn’t really have any meaningful evidence to back it up outside of a token architectural resemblance. However, we do have more visual data I skipped over.

From the opening sequence: 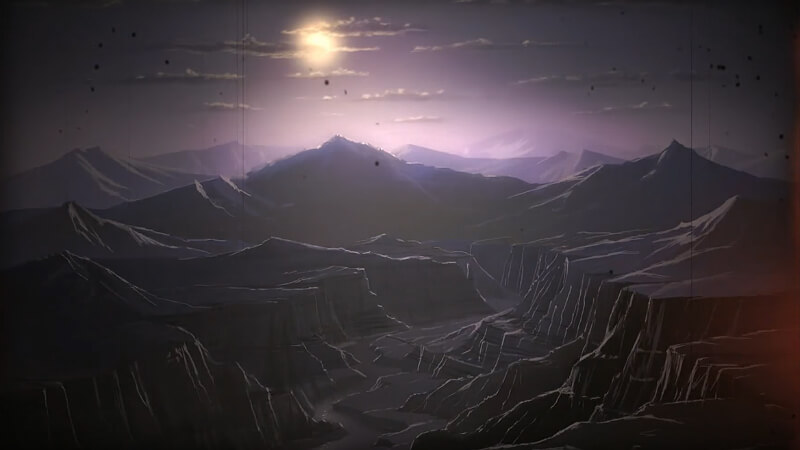 I’m not saying this is for sure the exact location, but it is perhaps the best visual clue we have to work with. Reflex says Grand Canyon, but this could be any mountain range with a river ravine. It could also be Mosaic Canyon or the Amargosa River in Death Valley, which is not too far from Scotty’s Castle.