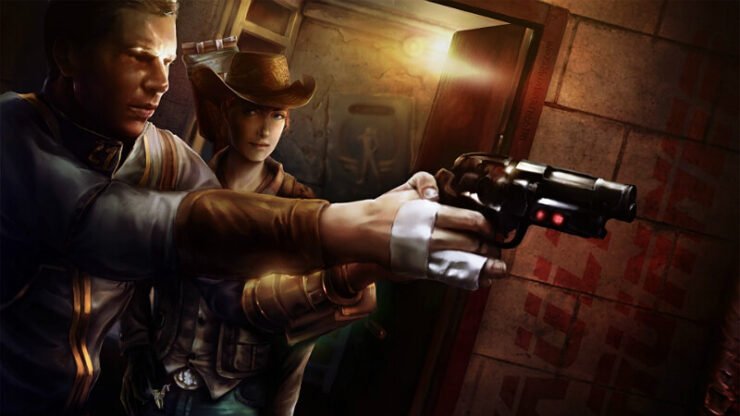 Hey there! Uncle Dude here! Say, is your game experiencing random crashes, low framerates or other general computer doo-hickery? Well you can now rest easy, as some fine folks on the great and vast internets have supplied us with the answers!

Listed below are the best and most used fixes for loads of issues, including:

So, without further adieu, I present the ultimate list to give those pesky crashes what-for!

New Vegas Script Extender is needed for the below fixes to work. It is also needed for most other mods, and is generally awesome. You will need 7-Zip in order to extract NVSE.

New Vegas Anti Crash is the real important one for having a crash-free life. Fixes a bunch of things and is the best thing ever since bacon was first tasted by the food gods. If you are experiencing crashes, this is the first thing everybody should try. If you have the infinite loading screen bug, this combined with the Script Extender fixes it.

New Vegas Stutter Remover is a handy-dandy little thing that removes stutter, not that it’s name would imply that. Check it’s readme for further tweaks, as it default to 30 FPS for some strange reason and also provides a few extra easy fixes to make the game smoother than the old spice guy is with the ladies.

Fallout 4GB Executable **Updated Version** New Vegas can only use 2GB of RAM by default, which is sad news for all you people with a bazillion-bytes of RAM out there. Fortunately someone sort-of heard your calls and provided this to double the amount of RAM to 4gb! It also loads NVSE automatically. Those who want to dabble with HD texture packs will want this, unless you get kicks out of crashes and bugs out the wazoo.

CASM (Save file organizer) is a mod that disable the auto-saves, which will eventually pull a Brutus and betray you, refusing to load your games and corrupt them to the dark-side of broken saves. This will prevent exactly that happening and replace auto-saves and quick saves with more stable auto-manualbutnotreally-saves. Sounds kinda confusing? Get it anyway, it’s neat.

Yukichigai Unofficial Patch, or YUP, is, amazingly enough, a patch for the game not produced by the team at Obsidian. It fixes a crazy amount of bugs that were surprisingly missed by the dev team. Tired of broken quests, NPC’s having heads spinning like they need an exorcism and other things that seem like but aren’t part of the Wild Wasteland trait? Download now!

Read the readme/mod page/comments of each page before downloading! They will tell you how to install as well as known bugs and incompatibilities. Always try sifting through their comments sections first before asking for help!

Read all of their descriptions and install instructions to ensure you get them to work correctly. I use all of these bar CASM and YUP and am happy to announce I am out of rehab and have been crash free for over 120 hours.