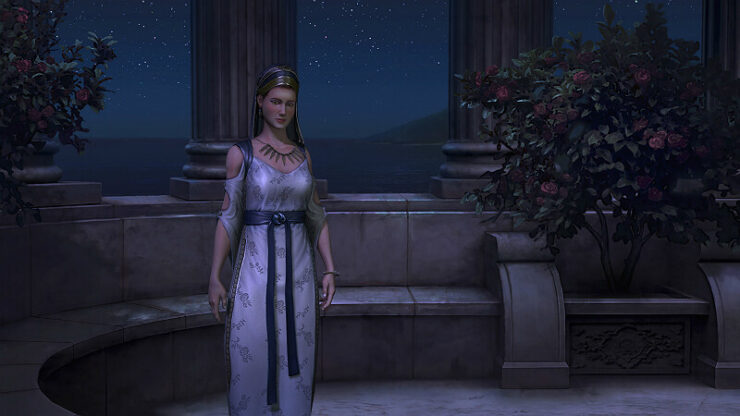 Carthage as led by Dido

Phoenician Heritage: All coastal cities gain a free harbour, and all units may cross mountains after earning the first Great General (although units ending their turn on a mountain lose 50HP).

A mounted unit with a slightly higher combat strength (14 vs 12), this unit can move after attacking and suffers a combat penalty against cities. They also have one less movement point than the horseman (3 vs 4), however they do come with the Great Generals II promotion from the off and don’t require horses to produce. These units also come with the Feared Elephant promotion, meaning that adjacent enemy units suffer a 10% combat penalty. African Forest Elephants are effective early game front line troops as they are essentially faster swordsman with no resource requirement, meaning they can be used to soak up damage to protect any catapults or composite bowmen.

Similar to the Musketeer from last month, these units are effective but uninteresting. They are a straight upgrade to the Trireme, having a combat strength of 13 compared to the 10 of the regular Trireme. The production cost (45) of the Trireme and the number of movement points (4) remain the same. They’re useful for defending Cargo Ships and fighting barbarians, and can even be used to rush a capital should your coastal neighbour neglect building a naval defence!

For this section, I’m going to refer you to the excellent Steam guide regarding Carthage by /u/Zigzagzigal – an article including guidance on how to use the uniques, which policies are good picks and even ways to counter AI Carthage! It’s a guide which I would highly recommend for anyone wanting to learn more about and optimise strategy when playing as Carthage!