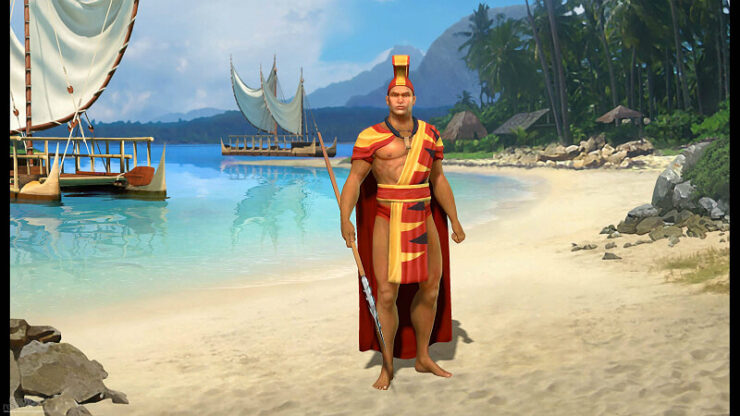 Polynesia as led by Kamehameha

Available right from the get go as your starting unit, the Maori Warrior is identical to the warrior in almost every way – it costs 40 hammers, has 8 strength and 2 movement points. The unique factor of this unit is that it has a unique promotion – Haka War Dance.

This promotion, which is retained on upgrade, causes all adjacent enemy units to receive a 10% combat strength penalty. Coupled with the Moai bonus, this can be useful for early game defence and also has its uses when scouting, offering you a slightly easier time when it comes to dealing with those barbarians in between you and those ancient ruins. 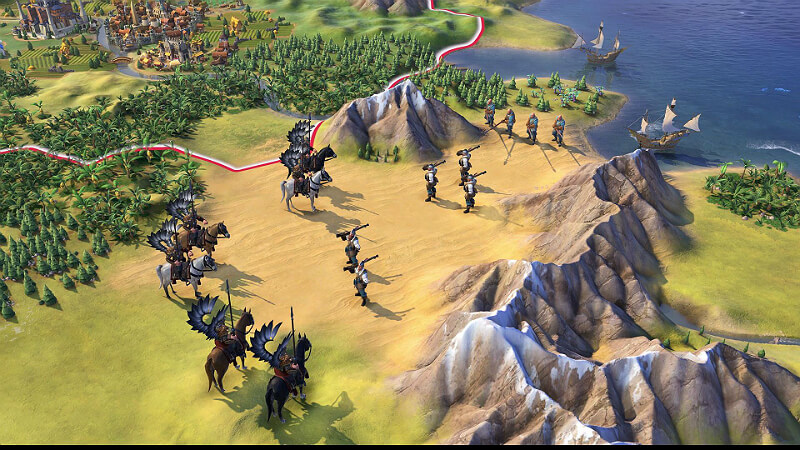 Constructable on any coastal tile, the Moai can offer a huge late game boost to your output. These offer +1 culture from the get-go, with another +1 culture available for each adjacent Moai.

In addition, after researching Flight in the Modern era, these also offer +1 gold, which can offer a late game gold bonus which can potentially go on to boost your gold per turn to fund a late game army. As touched on earlier, the true strength of these does come in the late game when Hotels, Airports and the National Visitor Centre become available in the later eras.

Hotels and Airports both convert 50% of your tile improvements culture output to tourism, while the National Visitor Centre converts 100% of this – in addition to these buildings other tourism bonuses from the culture from wonders and Great Works. Try to host the International Games and attempt to pass Cultural Heritage Sites to offer you the greatest chance of winning a cultural victory with Polynesia!

For this section, I’m going to refer you to the excellent Steam guide regarding Polynesia by /u/Zigzagzigal – an article including guidance on how to use their uniques, which policies are good picks and even ways to counter AI Kamehamema! It’s a guide which I would highly recommend for anyone wanting to learn more about and optimise strategy when playing as Polynesia!

GTAmes
Civ V – Guide to Wonders: What, Why, and When to Build