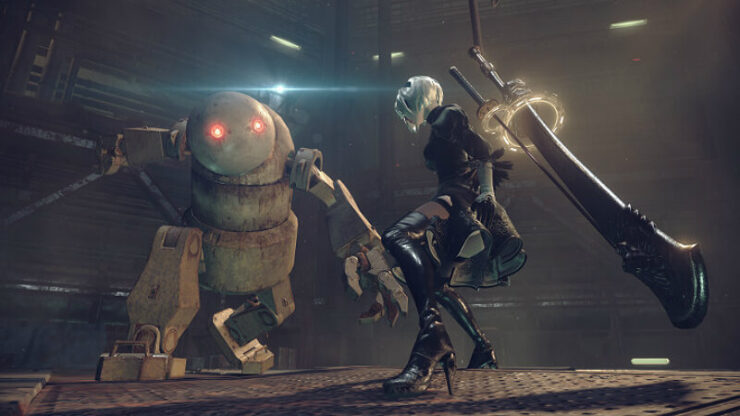 Emil shop is the true hidden boss of the game. 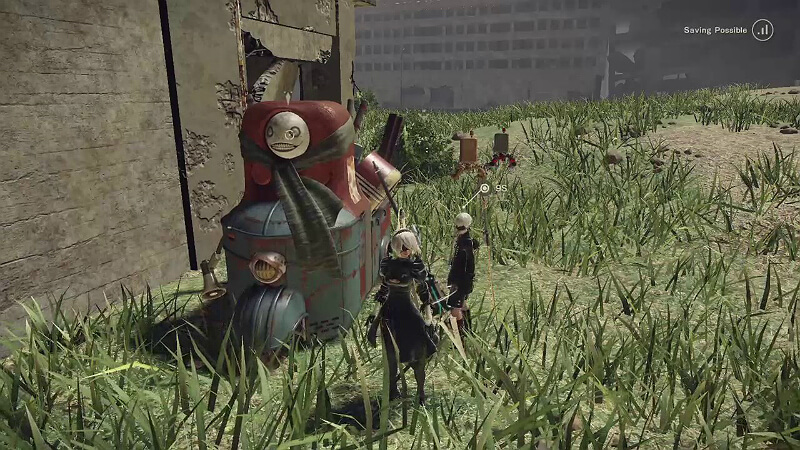 This guide is only for people that have their emil shop stuck. If you aren’t sure if the shop is stuck this guide probably isn’t for you. You don’t need to go through these steps to make him move. The stuck shop however, will remain in one place regardless of reloading a save, fast traveling or zoning out. The location Emil is in also changes the kind of stuff he’s selling so you can see why this is a problem.

This guide contains some light spoilers.

I’ve had one person not following the steps correctly so try to follow the guide step by step according to what I did so pay special attention to parenthesis. I apologize ahead of time for sounding condescending! 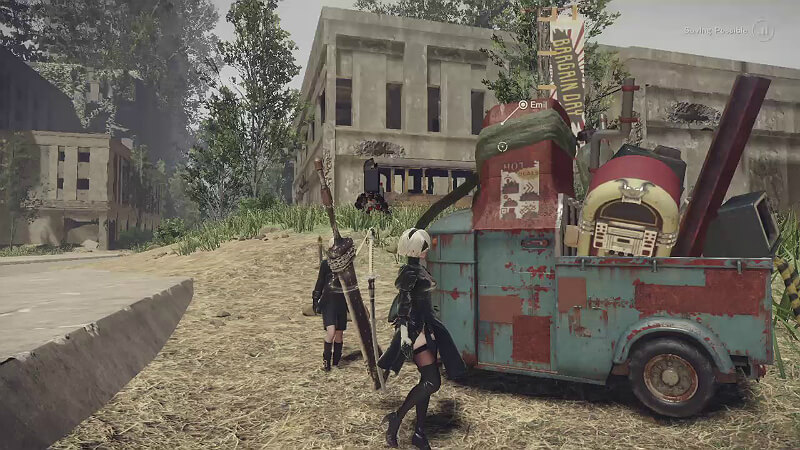 Fast travel to Emil or chapter select. (I used A2’s first chapter to test this method)

Speak to Emil until he has nothing new to say. (he’ll repeat one of his standard greetings)

Again. Talking to him once is not enough. Speak to him some more to be sure.

Run towards the factory. Do not fast travel, do not chapter select.

Doing either of those is almost certain to get you stuck again in the stuck shop loop. Run deep inside the factory past the large doors until the factory bgm starts playing to make sure the game considers you in another area.

Run back to City Ruins (The starting zone with the Resistance camp and where Emil Shop originally moved around.)

Open your map. Is the Emil Icon gone or did he move?

If he moved. Congrats! Speak to him/shop and run towards the closest station and save ASAP.

If the Icon is missing it means you have to find him. Go look for him occasionally checking on the map screen until he shows up then do the previous step.

If for whatever reason he didn’t move, its just RNG. You can repeat all previous steps to be certain. (Just be sure to fully follow every step again.)

If he moved, it means the bug is gone! Spea/shop then save ASAP.

Try to do his quest line if you are high level enough. 80+ is recommended, if you wanna cheese it just go easy mode and put on those auto chips. After both bosses are killed, it is impossible for the bug to happen again.

Now go rank up those weapons and pods!

You have beaten the true hidden boss of the game! Congratulations.

If you have any questions please leave a comment. I have this guide subscribed and will do my best to help. Also, please leave a like! Feedback is also appreciated.