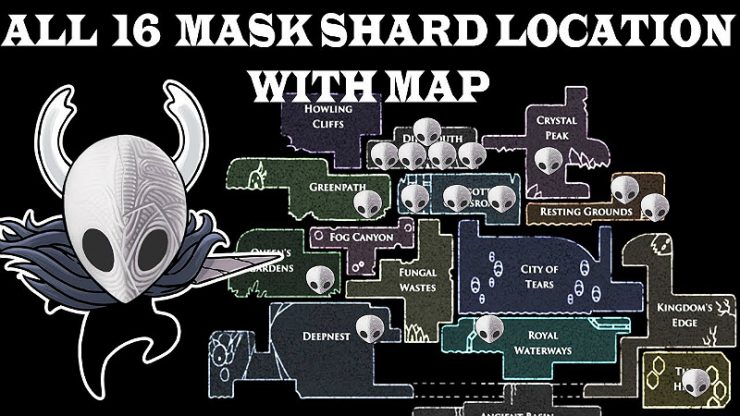 I’m just gonna explain every single one of them:

7. The right side of the Queen’s Station.

8. Found behind a wall in the Hive (requires for you to bait a Hive Guardian into breaking the wall)

13. In the Stone Sanctuary in Greenpath (lantern needed)

14. Area under False Knight where the Goams are.

15. In the Royal Waterways (Go left upon entering from the City of Tears)

16. (Quite easy to miss) the mask shard located in Deepnest near the Mantis Lords, requires for you to go through the Fungal Core area in which you will fight a bunch of mushrooms.