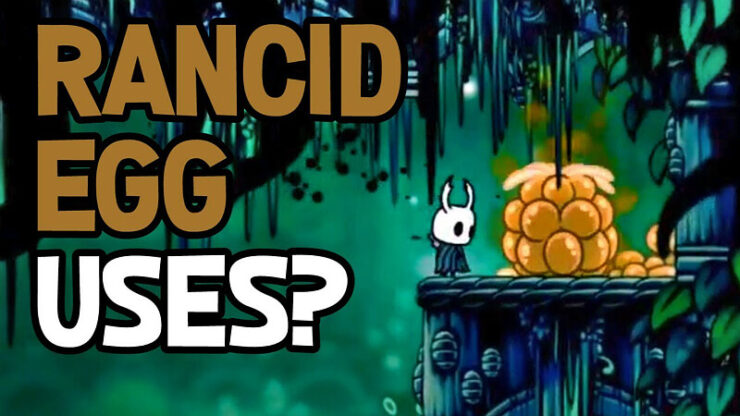 So I’d say about 90% of people had to find out what rancid eggs do online, usually after a situation in which it would have helped them had passed.

I think that’s because 3 things need to happen to discover what they do on your own:

Of these, the third is probably the reason it’s hard to determine what this NPC does without looking it up. Not many people are going to leave a shade floating around without going for back for it, go to dirtmouth instead, and on a whim, in that state, go to a mystery purpose NPC far from everything else in town.

I believe this results in a situation where, isolated, most people are not going to figure out what purpose rancid eggs have in the game.

The NPC dialogue doesn’t help too much either, describing the situation as “having regrets”.

I get that maybe this is designed to encourage discourse between players, exchanging information (a la Zelda 1, Tower of Druaga or Dark Souls), but I’m wondering if there would be a better way to approach it to make it more transparent to new players, who will most likely be the players who will need this NPC the most, the most likely to not know what she does until that need has passed, and also the least likely to be looking around for information online for fear of being spoiled of stuff.

What do you guys think would be a good solution/approach? Or is it fine as it is?

TL:dr; the most useful service to new players is also the least likely for new players to figure out

Note: aint attacking the game, I love it. It’s been my favorite this year, and one of my top ever, but I want it to be as enjoyable by as many people as possible, and feel this (and the purple mushroom stuff listed below) are kinda the only spots that might turn off some players.