A Guide how to use/destroy Pz.Kpfw. B2 – WoT Blitz 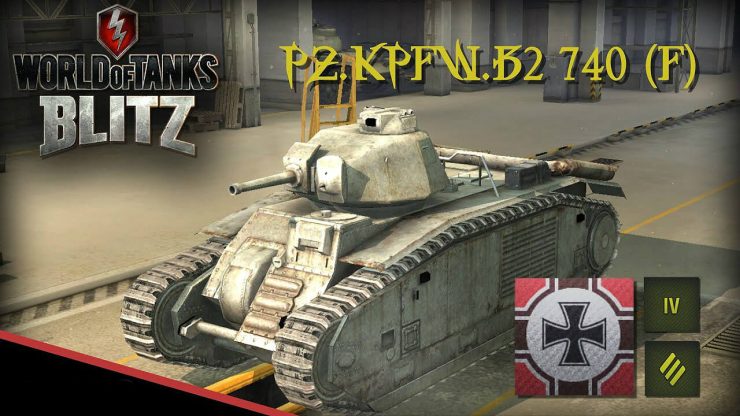 Sometime I often meet Pz. B2 just camping around and stand still while it’s just have some peashooters gun or an LT just fighting Pz. B2 without know where he/she should shoot. Well since Pz. B2 have preferential matchmaking. You need to know before fight Pz. B2 with tier III. Here guys I will warp up my knowledge how to use/destroy Pz. B2 (Also work on B1 too since it’s literally same tank but without “that”). 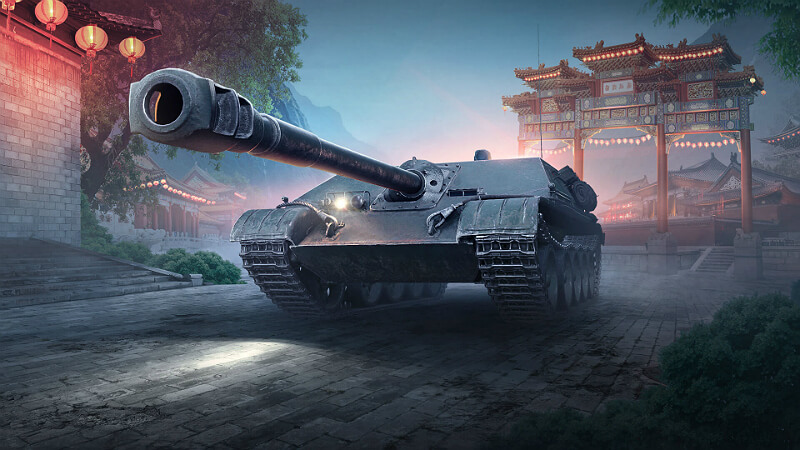 “if you know your enemies and know yourself, you will not be imperiled in a hundred battles”
– Sun Tzu

Well B2 is quite fun to play but frustrating to destroy it sometime if B2 vs B2 it’s just will consume all of your credits for throw more and more APCR. But it’s more irritating me if LT just barraging to B2 while didn’t know how thick it’s armor. Anyway let’s start this guide already.

Let’s take a look more about this tank 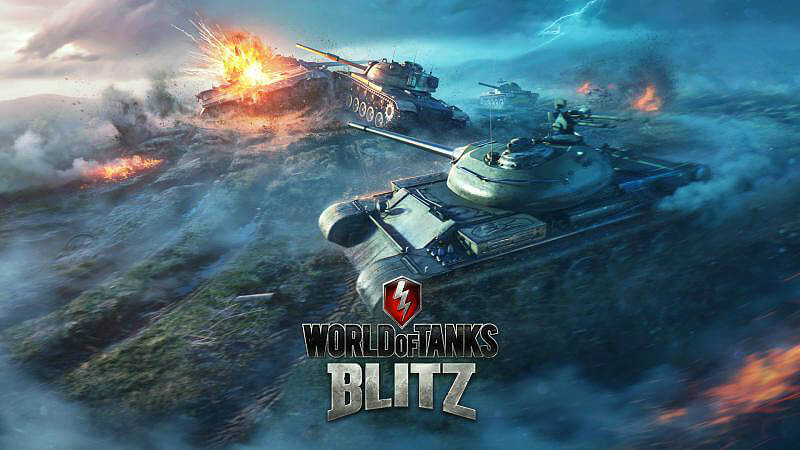 B2 have VERY same armor thickness hull armor (except rear that just have 55) and turret armor which protect the user from every angle while it’s hard to penetrated in it’s tiers.

Here some table about it’s armor:

The gun have some umm… what can I say… Peashooting that can do some damage in short reload (3.86s) while have weak penetration that even hard to penetrated itself.

And yeah most importantly this have some good maneuverability for Heavy Tank in it’s tiers.

How to use it

First of all. TD need to be finished as soon as possible as they can be pain in the ♥♥♥♥♥ if you leave them sniping from far far away. 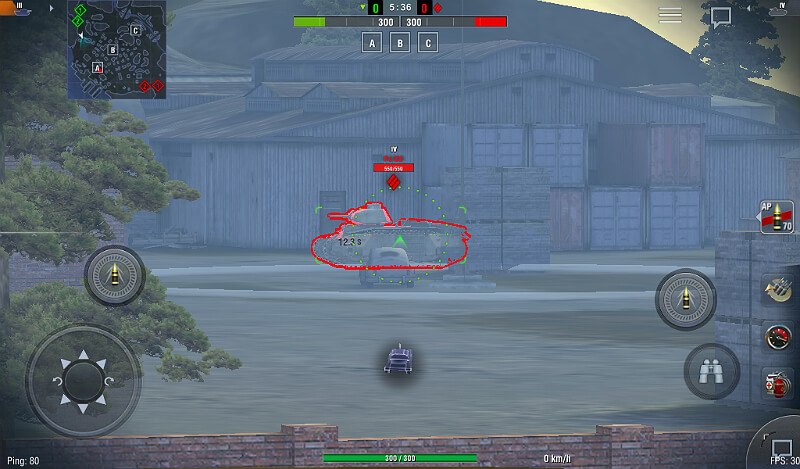 HAHAHA YOU CAN’T EVEN DETECT ME FROM THIS DISTANCE!

You need to prioriting which should you destroyed if you stuck in middle of battle/gang banged. You can leave player that can’t penetrated your armor (usually LT) and more focused that can penetrated your armor like someone that spammed APCR to your ♥♥♥♥♥ or have good penetration gun and some TD that targeting you. Also don’t hesitating to just move torward your enemy while make sure that you didn’t expose your weak spot. 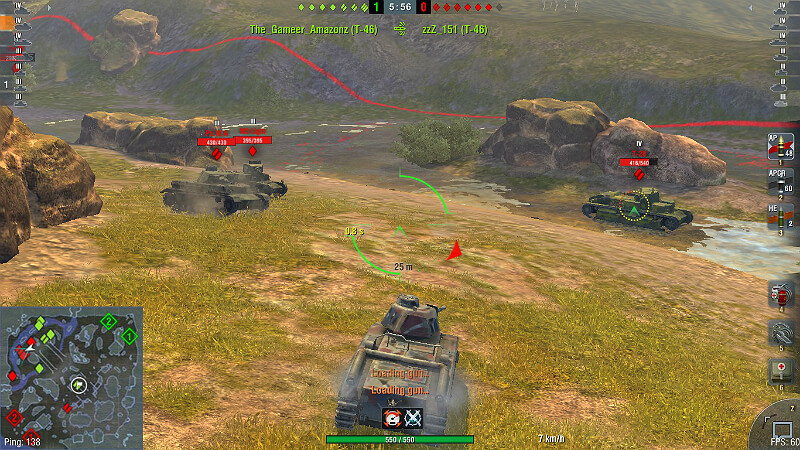 HEY IMMA HERE! HOW ABOUT YOU SHOOT ME?

Try to assure your angle so enemy didn’t direct fire you by 90 degree shooting (which ideal degree for shooting) and yeah you can do some Side-Scrapping with this tank if possible. 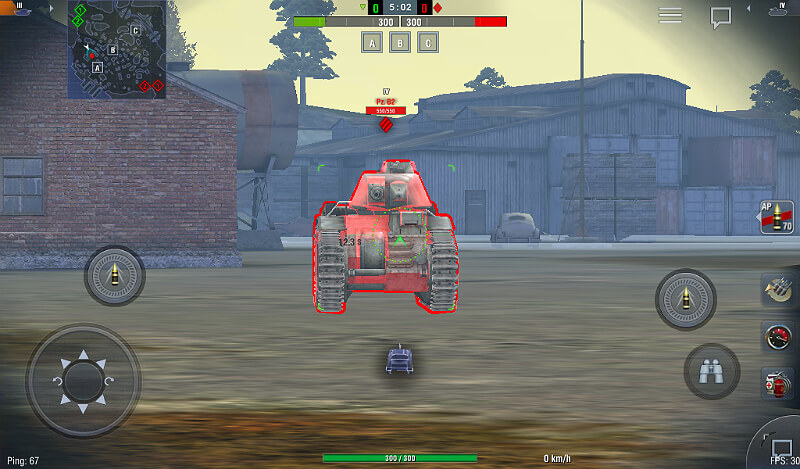 THIS is really not good. 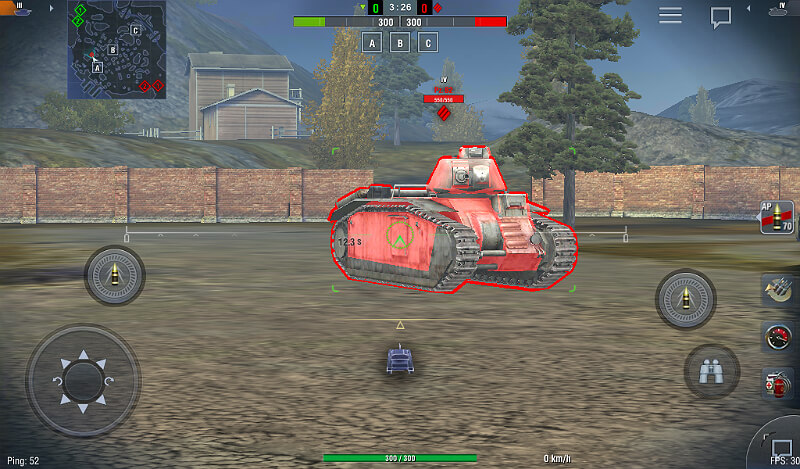 PERFECT. Even SU-76l will hard to shoot you.

You should bring MUCH APCR in this case I usually bring it APCR: AP 6:5 also you can add some HE to easier you destroying Alecto and UE 47. APCR can maximaze your potential when enemy that have thick armor head to head with you (Also spamming APCR in this vehicle still make some credits). 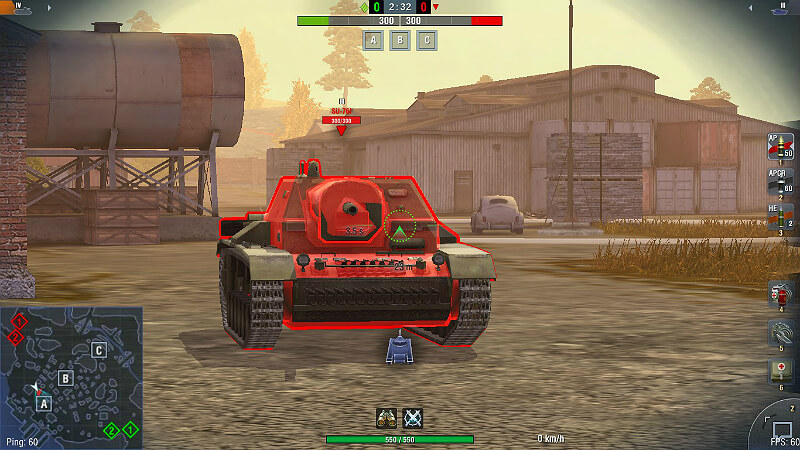 DAMN! How I suppose to shoot this TD? 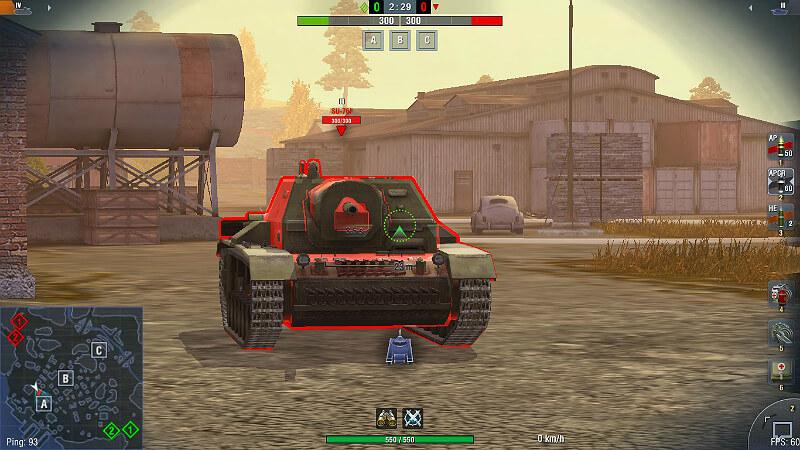 TD in front of you while in small distance? DON’T hesitate to charge it so you can hold him in his blindspot (well this is not work if your enemy is M8A1) also this things work with M3 Lee. 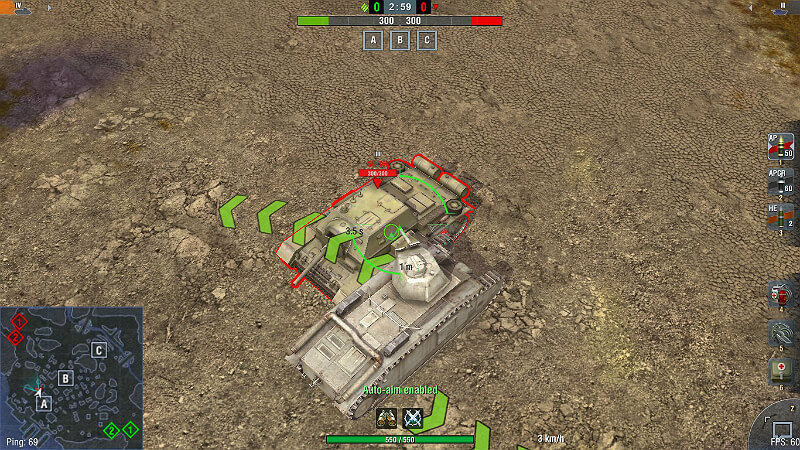 HAHAHA DID YOU EXPECT ME RETREATING AFTER YOU APPEAR IN FRONT OF ME? NOPE! 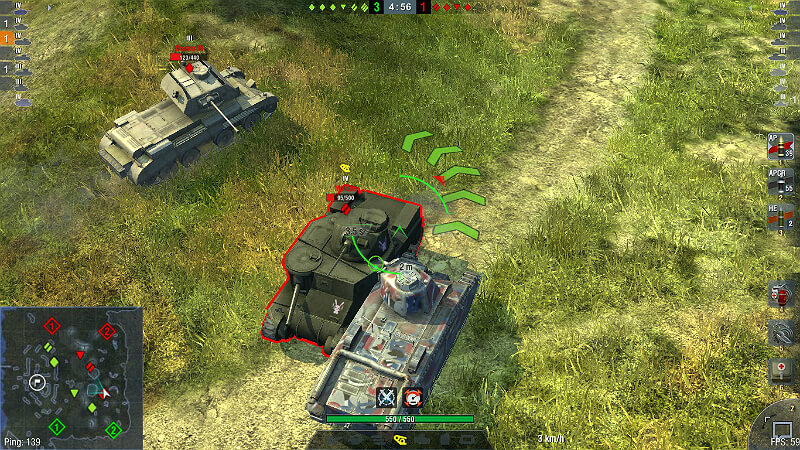 TOO BAD YOU CAN’T SHOOT ME FROM THERE.

How to destroy it

CALM DOWN! There are many ways to go to Rome

First, make sure you have researched the top gun of your tanks and also pick a gun that have some good penetration.

APCR/HEAT are your friends you will be suffered more if you didn’t. So… try to use it.

Poor as ♥♥♥♥ that you can’t even afford 1 APCR/HEAT or your tanks still in stock? you can try

Enemy B2 that opposed too much of it’s weakness are noobs. here some pic where you can try to shoot it 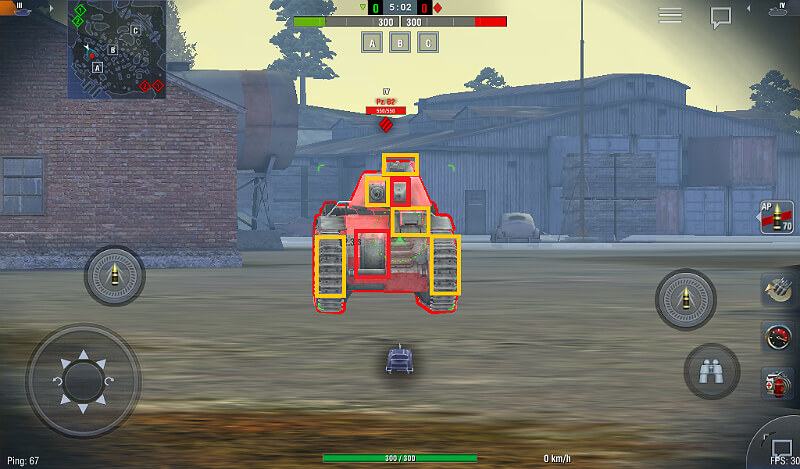 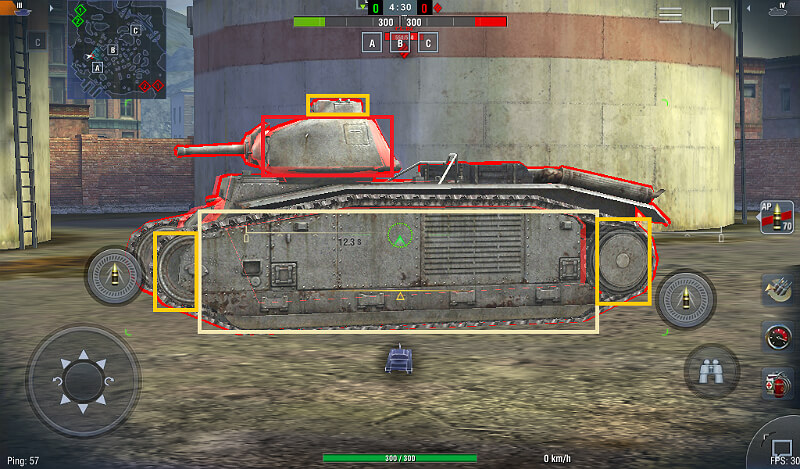 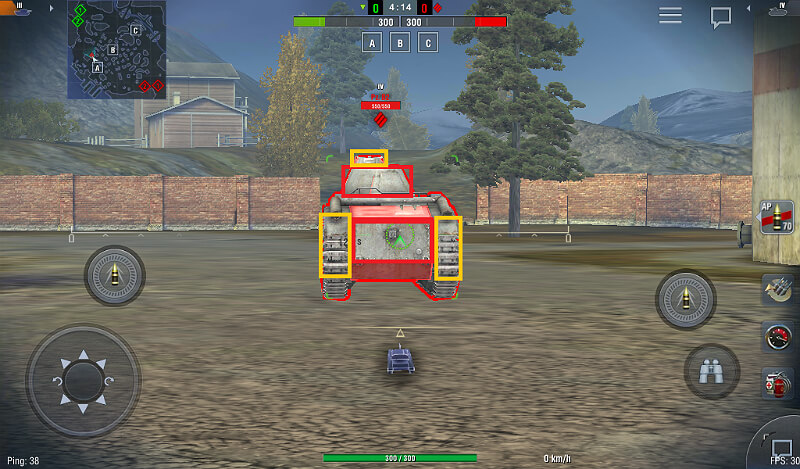 Pz.Kpfw. B2 is a good tank in it’s tiers while it’s have some “special” it’s also helped you raising WR and (VERY VERY FEW) Credits.

GTAmes
Is the Churchill VI worth it? WoT Blitz