Let’s discuss PCSs shall we – XCOM 2 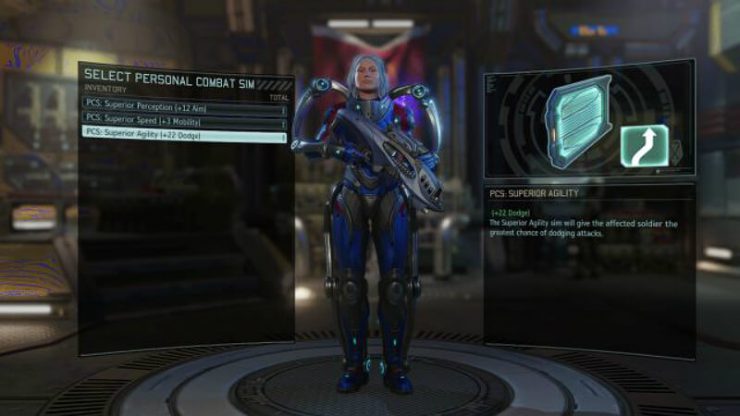 I find (Personal opinion) most the PCS are underwhelming.

My general philosophy is xcom is Offense is better than Defense. Your best defensive bonuses are usually integrated into the terrain (cover) or talent tree like suppression and untouchable. The passive defensive bonuses offered by PCS are somewhat underwhelming.

Worst to best and classes that like them IMO.

DEFENSIVE PCS (the bad ones)

Focus is generally useless since it is PSI defense only and Solace is a thing. It will make your soldier more likely to bleed out then die but there is that nasty bug that causes soldiers not in get will increases if you have it equipped during a promotion.

Conditioning – If you have nothing else to put in the slot extra HP is never bad I am on the fence if this or agility is more effective.

Agility – a good dodge can be the difference between grave wounds and light wounds.

OFFENSIVE PCS (the good ones)

Speed – personally I love the speed PCSs especially on Rangers, PSIs, and Grenadiers. A run and gun, rapid firing ranger with superior speed and superior laser sight is typically in the 105% hit, 115% crit range with the right ammo they will one shot many things in the game, in the final mission this specific build killed all three avatars without using run and gun and they had only been hit once by another squad member to shred the armor, the mobility is also amazing on implacable. PSI and Grenadiers enjoy the mobility to help them get position for all their AOE.

Perception – Hitting is always good, priority classes are first Specialist because Guardian with a superior repeater and 100% to hit is just game altering. Next is sharpshooter because this mod makes enemies in full cover 100% to hit, use poison ammo on the sharpshooter for some massive amounts of pistol debuffing using faceoff. Third in line for this is the grenadiers assuming they don’t have speed available. There to hit needs improvement especially for landing the critical rupture shots. Mobility is still better for them IMO because getting closer to the target improves aim as well.

So that’s it, all my opinion I favor the offensive ones over the defensive but if stuck with a defensive one I usually choose agility.