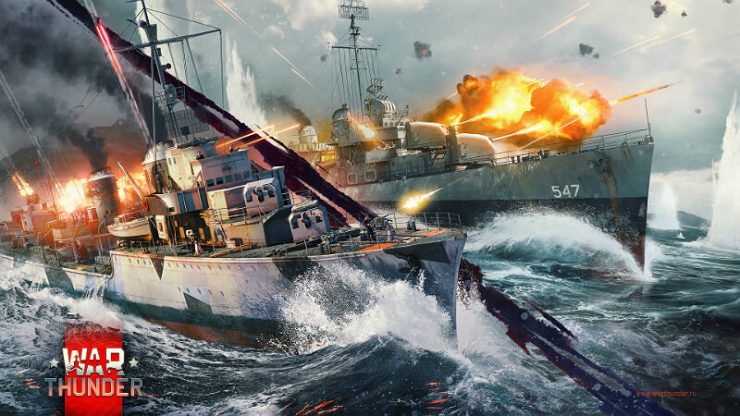 I will try to make a serious guide for starters / new players to the ship battles, all you need to know!

Enjoy! Thank you for using my guide, and please give a positive rating if you liked it, so more ppl can find me.

Basic controls of your ship 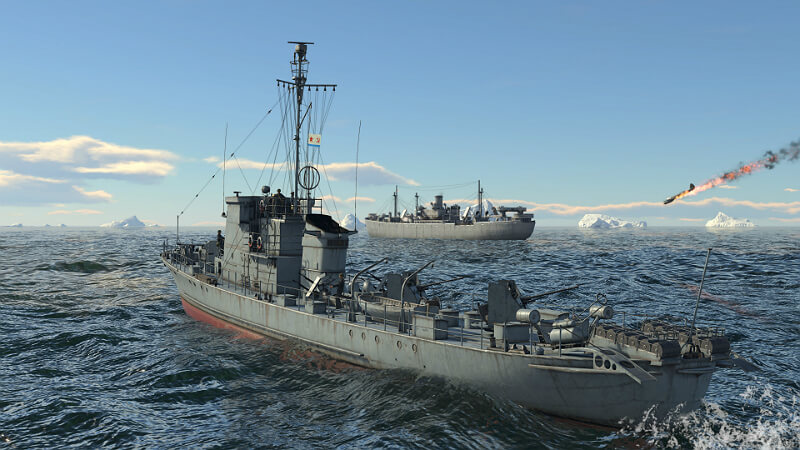 To start off, it would be useful to know how to control your ship completely.

Now this might sound stupid, but not all controls are clear to everyone, and not every option has a key bound to it by default.

I put the artillery strikes under key 4 in the action bar to quickly select it without having to move your mouse. 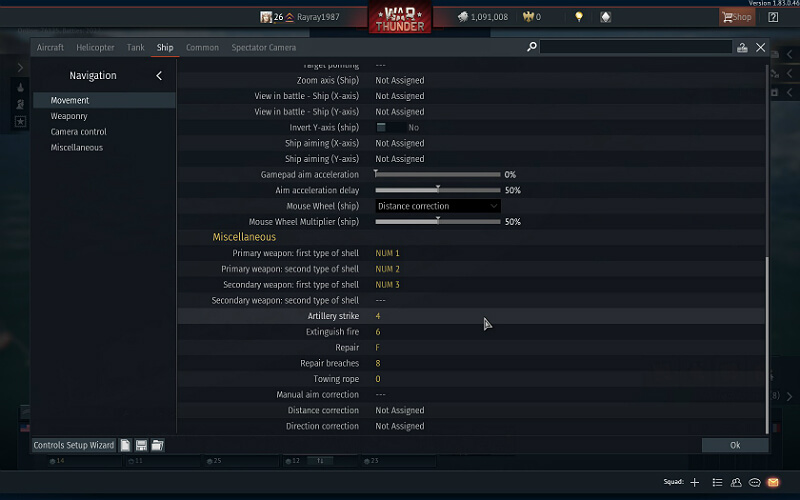 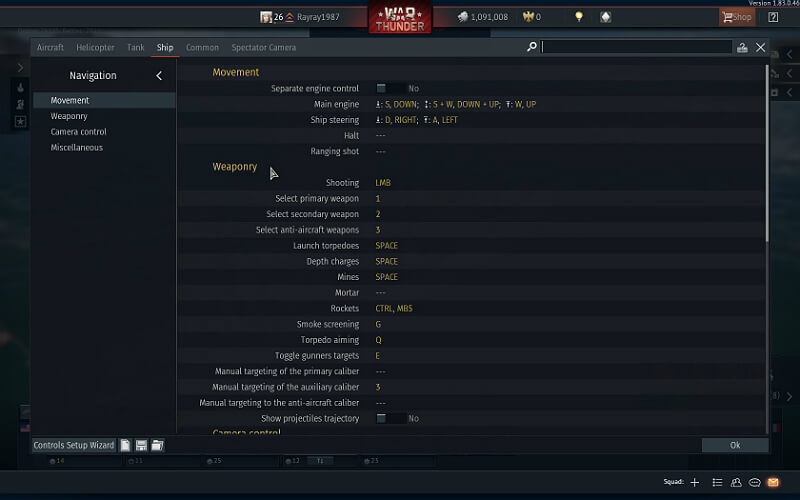 I put the weaponry under keys 1, 2, 3 to quickly swap between guns and cannons.

This does have a default key <E> button. But its not properly explained anywhere to my knowledge. So I will.

In the bottom left corner, you have a display of your ship and its modules. 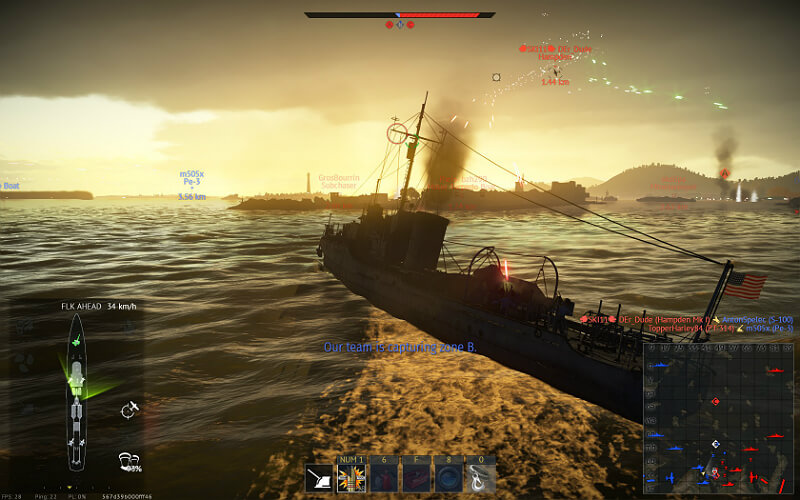 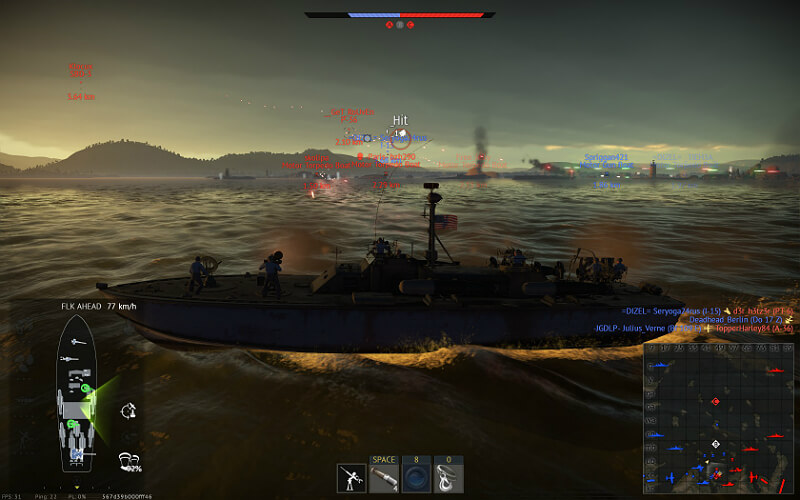 There is an icon there with a crosshair, and a ship, an airplane, both, or none. you can press the <E>button to toggle between these modes to select what the crew should be targeting with all the weapons that you are not controlling.

To select your own target, press <X> button. The enemy target will now have a lining around them, if its an air target a leading crosshair (aim assist) will appear to help you actually hit aircraft.

You can access snipe modus by pressing <V> button by default. When looking down your scope you can press the right mouse button for another level of zoom! this allows you to shoot accurate at long distances, although it takes a lot of practice. 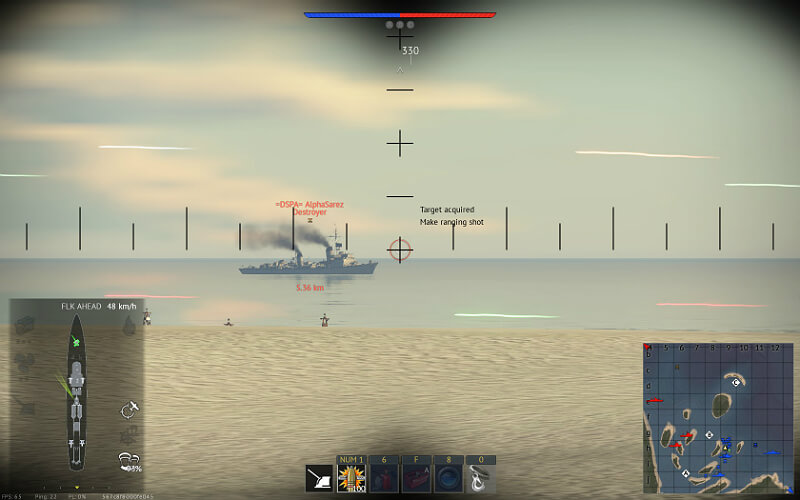 By default, simply press the <space bar> to drop or launch them.

By pressing <Q> button, you can aim and launch individual torpedo’s for more regulated and more accurate results. 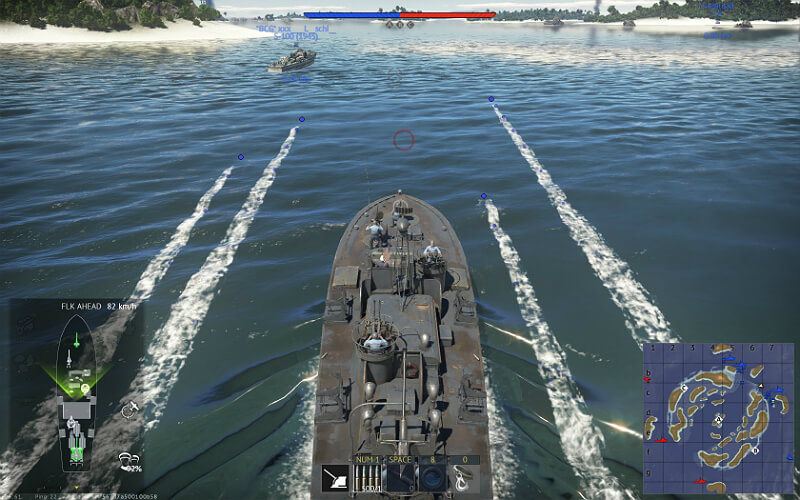 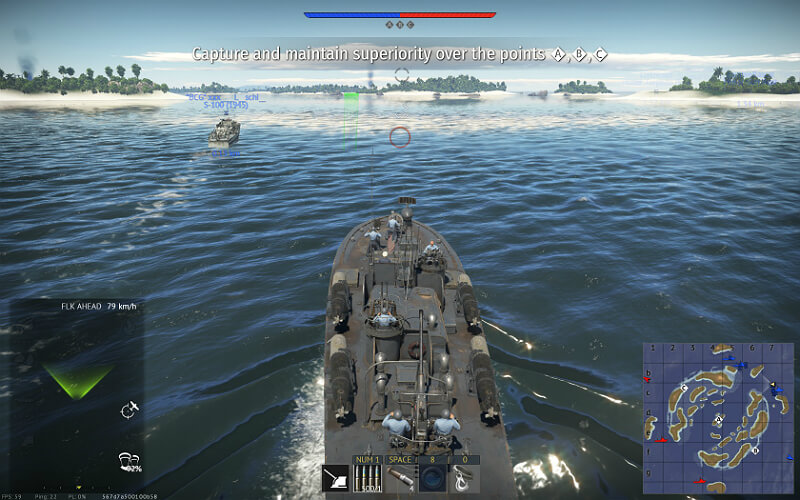 Make yourself harder to hit! 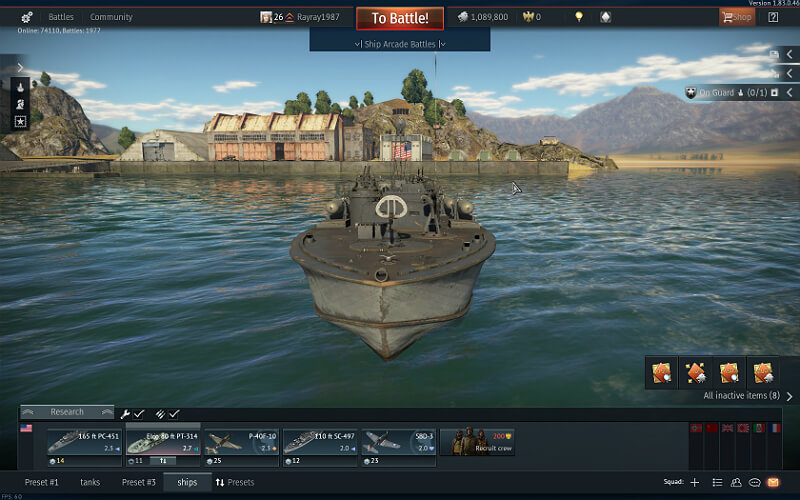 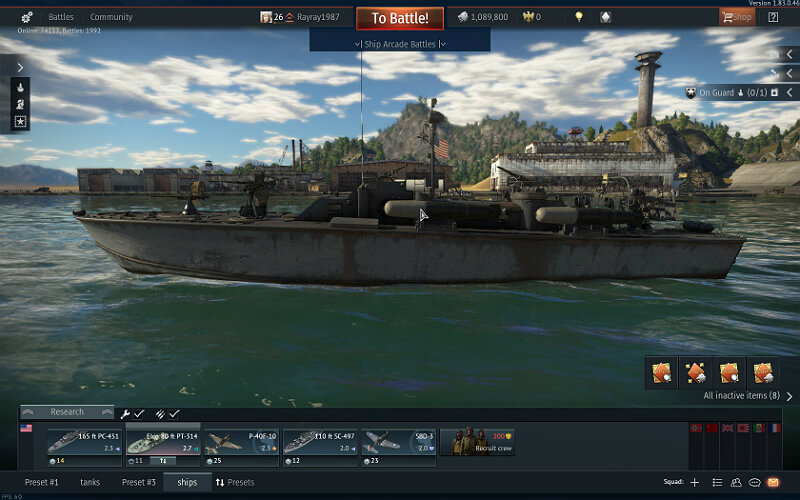 Use ships as they are intended, and as you prefer. 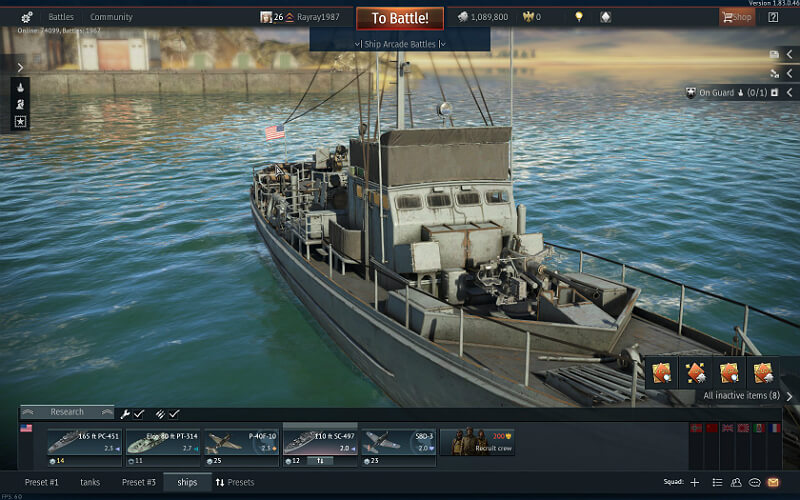 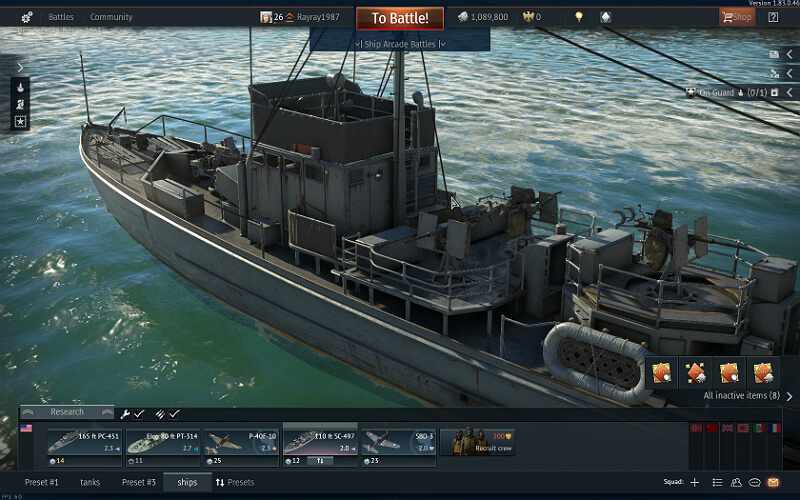 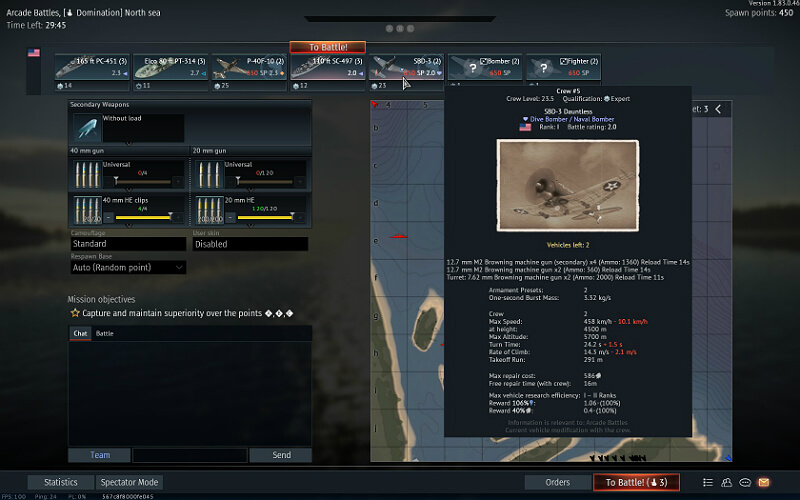 If you want to rack up points, unlocking aircrafts in battle, a good tactic is to tag a lot of enemies. If there are multiple, make sure you hit all of them a couple of times before focussing on one. Even if you don’t kill them, they might be sunk later on and you still get points. Focussing on 1 target usually results in lower score so make sure you get a piece of every pie!

Bring along aircrafts in ship battles.

Keep in mind the same Battle Rating applies as your ships! So don’t bring along a BR 4.0 aircraft when your ships are all BR 1.7 … you will get pawned. 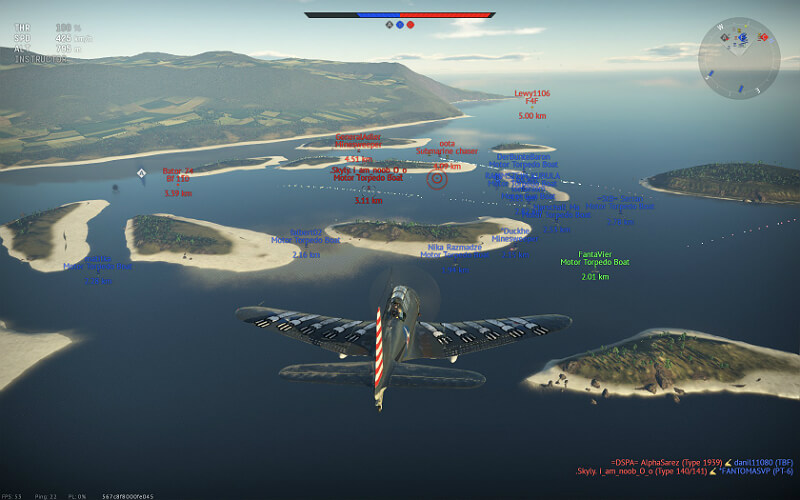 Personally, I prefer to use planes with extra gun pods rather than taking torpedo’s or bombs. These have way shorter reload time, and have a big effectiveness in ship battles. 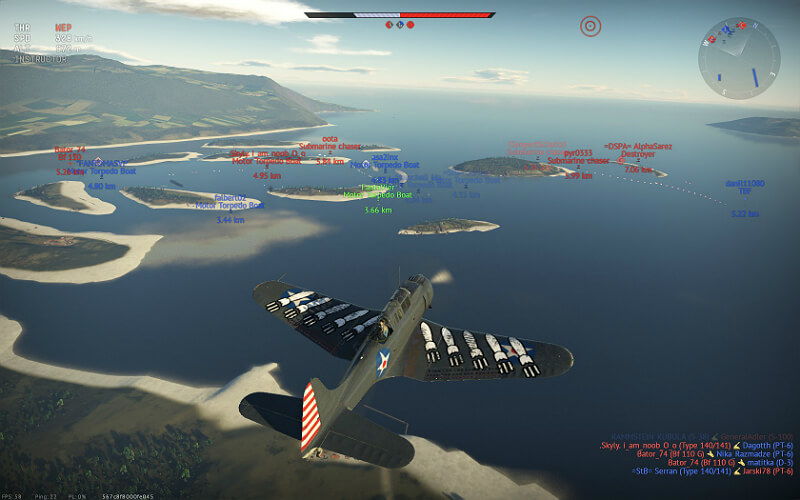 I advice to take out enemy air targets first, as the planes can change the course of the battle. aircraft can take out multiple ships with ease, so save your allies from them if you want to win!

Secondly, I strongly suggest you scout around, and pick enemy ships that are already in combat with your allied fleet. If they are too busy shooting another ship that’s in their face, they will not see you coming from above. This way you can kill multiple ships with 1 plane without getting hit. 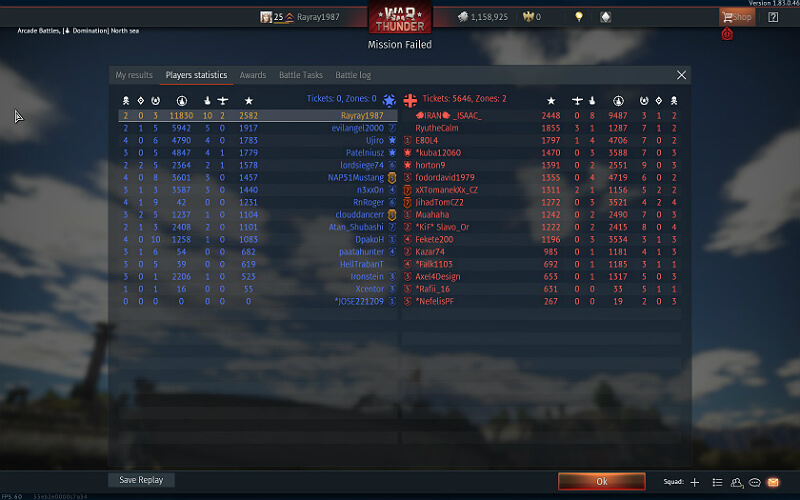