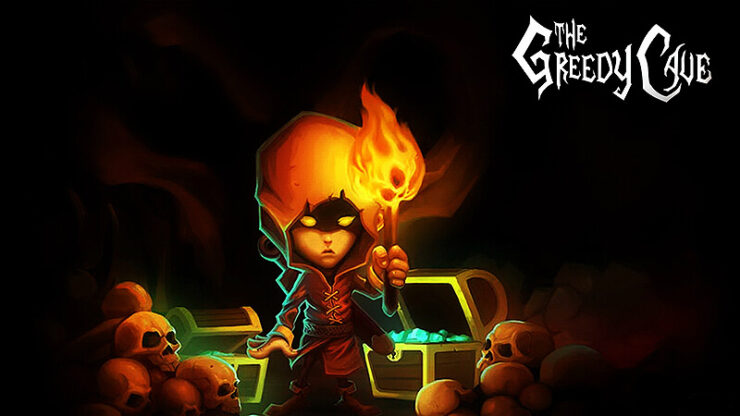 At first, it may seem that the Greedy Cave is a clone of Don’t Starve. However, these two games have nothing in common except a similar design. If in Don’t Starve we had to survive in a huge world filled with dangerous creatures, try not to die of hunger, and try to build our base, in the Greedy Cave we have a small world in which we have to go to dangerous caves to get treasures and useful loot.

The Greedy Cave is an RPG in which you have to travel through dungeons and kill various mobs on your way. The game is multiplatform, so you can play on your computer, browser, and on your smartphone. All platforms offer convenient management. 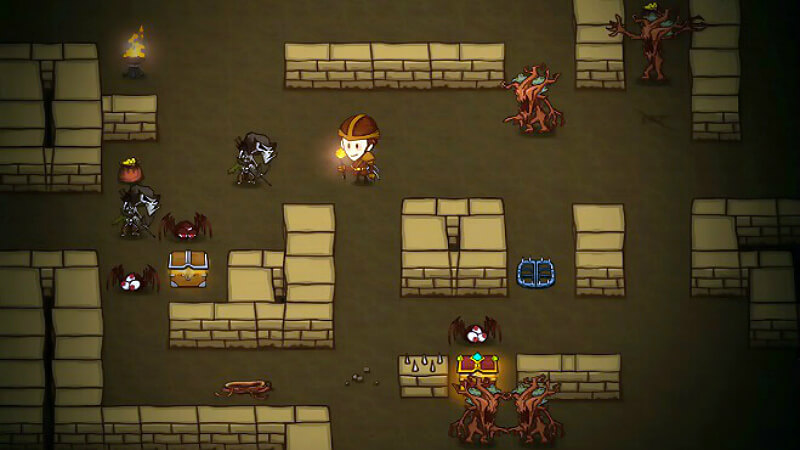 The plot of the game practically does not exist. The whole game is tied to the gameplay. You create your character, and then you are trained and sent to the cave. There, you will have to kill various creatures that become stronger with each level of the cave. The map is scattered with a lot of gold and chests with various things that you can put on our character to upgrade it.

The genre of the game is RPG, except that the plot does not stand out much. However, improvements and skills that can be used in the game are present. Battles take place one on one. When you fight the enemy, you can use one of your skills or escape, if it is clear that the forces are not equal.

The game has 2 servers, namely Greedy and Cave. In the first, in addition to you there are other players, while the second offers a completely single game. 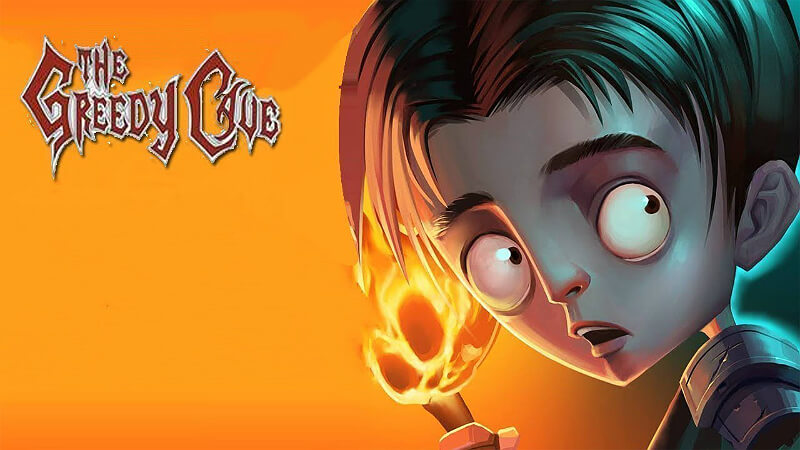 It may seem that the game has no plot – go and kill monsters. While traveling in the underground, you will find the various notes that tell the story. Notes can be found in chests or just lying around in the locations. So, if you want to dive into the story and understand the whole fauna of the world, you should not run through the cave.

The lower you go, the more valuable things you find. However, enemies also change and with every new cave, they progress and become stronger to stop you.

At the beginning of the cave, you see a seller from whom you can buy the items you need in order to not die in the dungeon. On the first level, you should select the teleport. This can bring you home with all the equipment you found. The teleport can be sold, improved or enchanted.

It is not necessary to explore every level, some caves can be skipped, just quickly find a ladder to the next floor. However, if you want to collect the rarest items or understand the plot of the game, it is better not to miss any caves. 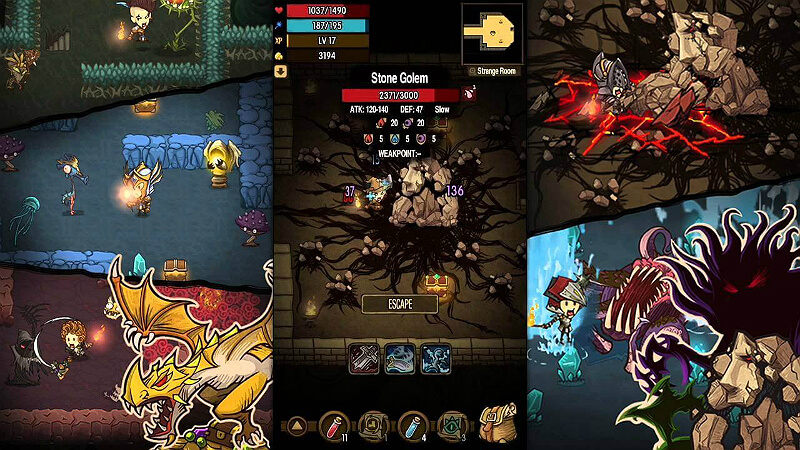 The main world in the Greedy Cave consists of several passages of the planet, which is interactive. You can hike in Hearthstone to click on any texture, and it is activated. You can run around the planet, moving between important points such as in game 5.

At first, you take on a variety of tasks that can be performed only in the caves. There is a Bulletin Board, as in the Witcher, where you take the order to kill certain monsters. The next point is the entrance to the cave, which is guarded and talks to you sometimes. There is also a ranking table of players, which has your name on it. At the third point, there is the seller of all sorts of rare items and where you can sell items found in the cave. Plus, standing next to him, there is the box of randomness that you can buy for real money and get rare stuff.

Also worth mentioning is your personal chest where you can put the things that do not fit in your inventory but you do not want to sell. After the merchant follows a blacksmith who can improve your armor or weapons. Reforge or disassemble items, as well as, after passing 21 floors in the dungeon, enchant your items with runes found in the cave or purchased from merchants. Well, the last point is a teleport to a location with more complex monsters and rare items. But this function is also available after passing 21 floors. Plus, there are gates that open the PVP mode, but you can get there after reaching level 41 in the cave. 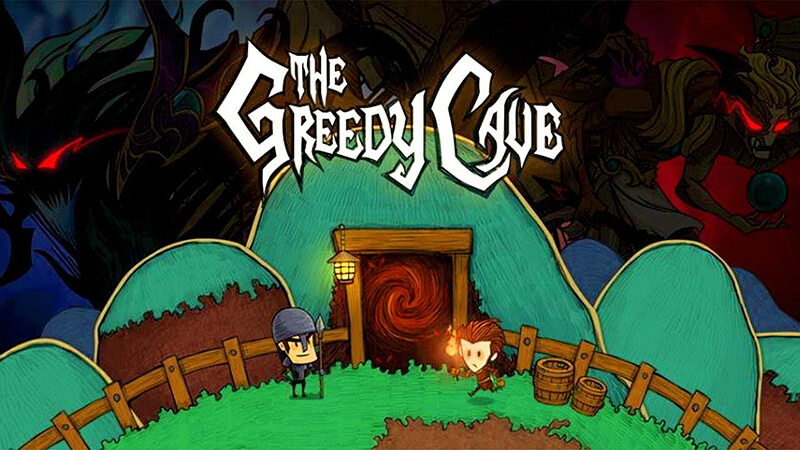 There are other players in addition to you in the game. You can chat with them, exchange items, fight in the PVP arena, and pass caves together. But first, you need to add your new friends in the lobby. If you do not, you will enter the cave alone. This is very convenient, because you can get more items than you would alone. Besides, it is easier to fight bosses that show up at certain levels of the cave.

However, monsters cannot attack you in a crowd, and you cannot beat one creature with a partner. You will have to take turns to beat him until one of you kills him in the end. However, such situations come up when you’ve gone too far and you run out of potion for health.

Despite the fact that this is a mobile game, the community is very lively. People behave kindly and peacefully. If you ask for help in the chat, you will quickly have it. Also, the players do not mind to play in a team, because it is much easier. 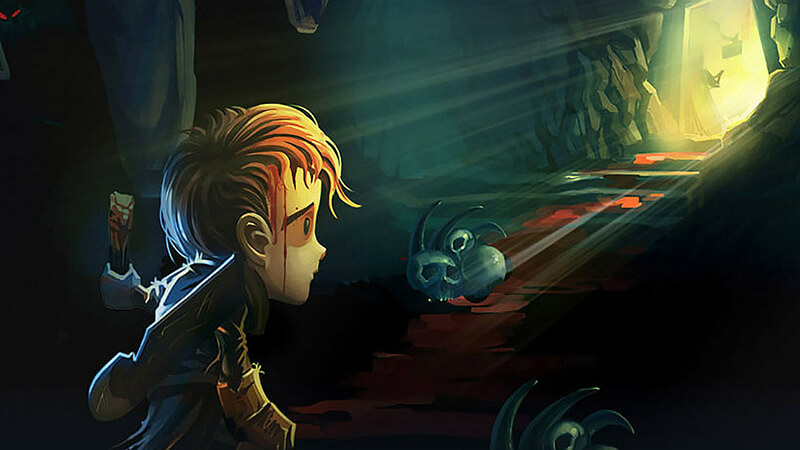 Finishing the review, we can say that if you like this genre of games with elements of RPG and interactivity in games, The Greedy Cave is perfect for you. You can now download the game on your smartphone and enjoy the mobile game. You can also play the Greedy Cave on your computer by simply running the browser, the controls are not much different except that you need to control the character with your finger on the smartphone, and with the mouse on the computer.