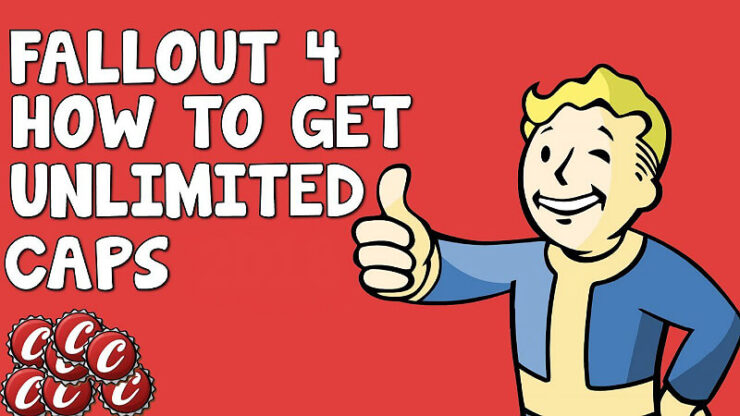 I have a lot of caps; but to me, I don’t think I have enough! Selling junk and unwanted weapons and armour is good, but whats something better than that? Only thing I can think of is sidequests. (Which, don’t get me wrong, are great for caps). 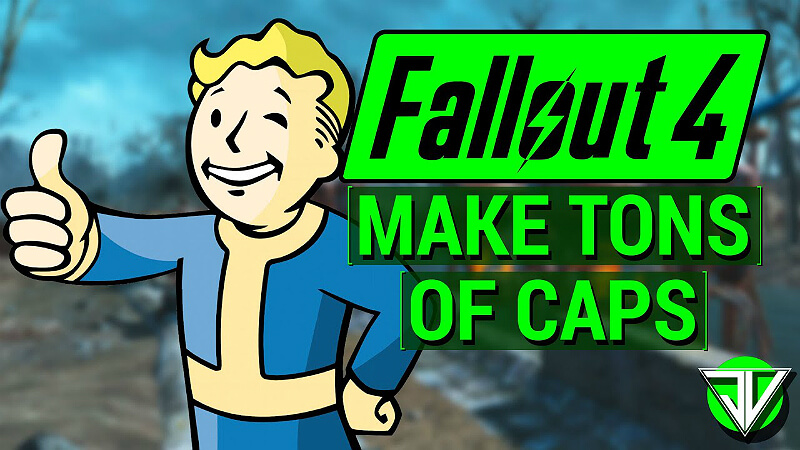 At the start of the game do not complete the Abernathy Farm quest to make them a settlement. Instead use the challenge to get 5 caps per mellon from Lucy. Put a mellon farm at Sanctuary and put all of them work farming. Lucy has unlimited caps so by the time your ready to move south you’ll have plenty of caps.

Selling ammunition is my biggest money maker. 5mm, 5.56 and shotgun shells are what I typically sell but it depends upon your choice of weapons. .38 sells for 1 cap each so I use them to get every last cap from each vendor.

But the most important thing is the business suit. Get the +3 CHA suit from Curtain Call, Black Rimed Glasses and Newsboy Cap. That’s 5. Add Grape Mentats and a Beer for another 6 and you have 11 plus your base CHA.

Other Way to Get Money 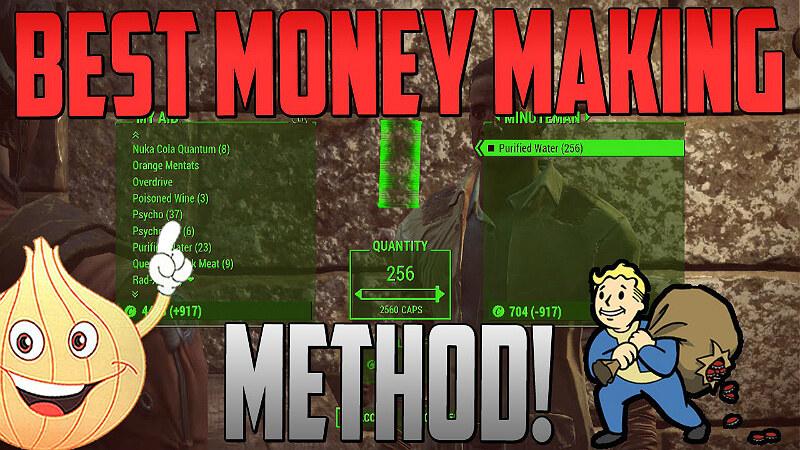 Don’t save Garvey and his loser friends. They are an economic drain on your resources, and Garvey being in play does not allow you to plan out your settlement building as well as you can on your own.
Finish Automatron DLC as fast as you can.

Start building robot only settlements. Make 11 restaurants for 11 robots to tend to. Fill the rest of the settlement with as many water purifiers as you can fit and provide power for. Build another robot for each settlement to act as a supply line that links your settlements together. This will link all of your restaurants together. So that when you want to build a new one at a different settlement, this will draw on their daily caps before it comes out of your pocket. For example, I usually walk around with between 10 and 20K caps on me, but when I go to build a bar, it shows I have over 500K. Once you have enough restaurants going at once, you can spend your time traveling between settlements and collecting “rent” instead of merely engaging in cheap bartering activities with the locals.