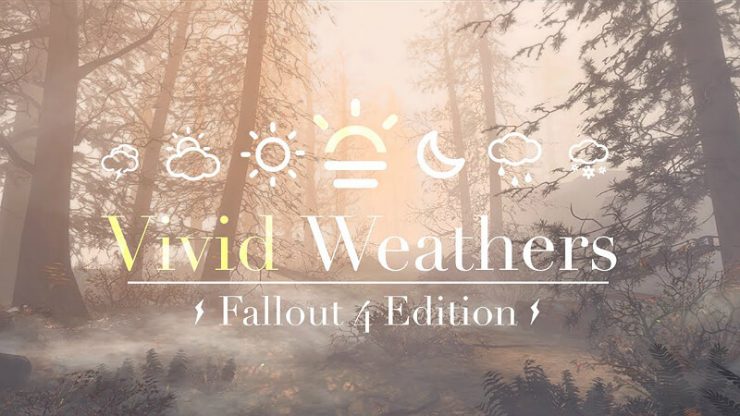 Yes my friends its finally there! Vivid Weathers 2.0 for Fallout 4. (in a day also for Xbox) – Link

With the introduction of the Vivid Weathers Holotape allowing the switching of Weathers and adjusting Saturation Brightness and other Visual effects, a gap opened up for me asking myself… HOW? How is that lore friendly being able to do such things unless you are on drugs or a god.

Therefore Vivid Weathers now adds a own “Questmod” which also will be expanded over time (with quests XD). It adds a new location north of Sanctuary – The Global Weather Control System. Here you can find 1. a Home for you 2. a Settlement, 3. LOOT and the most important part: The backstory why you actually can control the weathers.

This is a aim to make this Weather mod Lore friendly and filling a gap I always felt was odd… well maybe just for me. Since the settlement is on the outer border Please ignore the message that you cannot go further, I wanted to choose a spot not being used by many mods.

So what else is new? Holotype 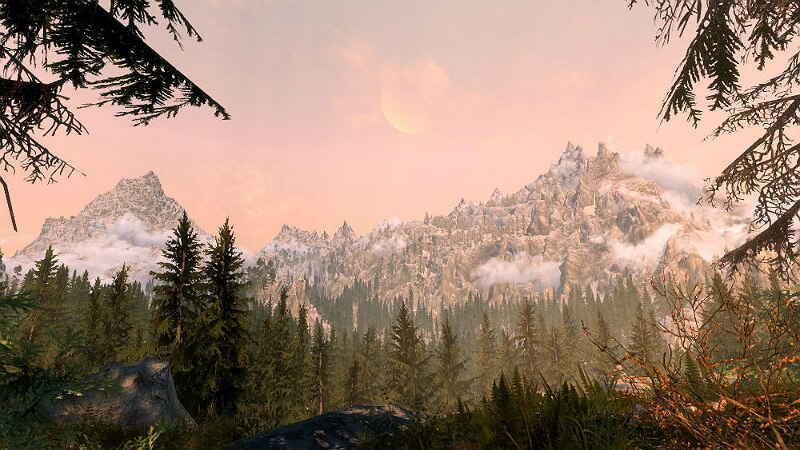 You can forge now a Vivid Weathers Holotape on any Chemical Workbench! It controls all weathers in a lore friendly way. It also controls Visual effects like, Saturation, Nightbrightness, Daybrightness, contrast and so on. It comes with Visual Presets for you ready to use which will be expanded also later on demand.

Dramaticly overhauled the Silent hill weather. It now supports occluding snow! It is a very calm and foggy weather now but also really spooky. Try to force it via the holotape 😉 Overhauled the Winter season to be more Wintery. Overhauled the Far harbour patch to make it more lore friendly. Generally tryd to overhaul some weathers. No more loose Files – all textures and assets are now packed together. That means no more Pink skys, fastler loading time and smaller modsize. Tons of more stuff I already forgot 🙂 Mostly also fixing black goo effects on fog weathers in some circumstances.

GTAmes
How do I continue the BoS quest line?