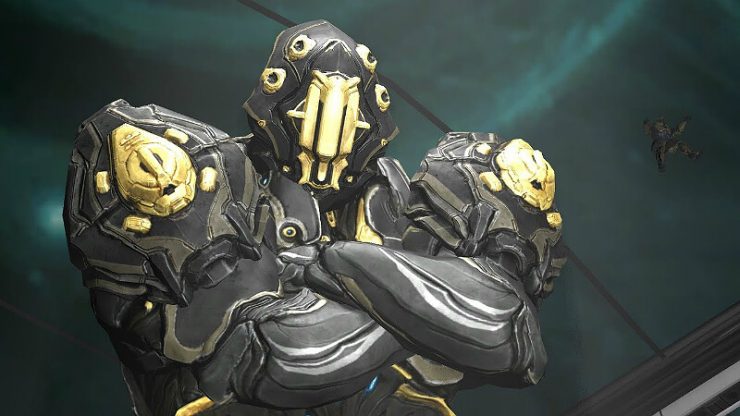 Some personal favorites are:

Loki (Prime): Simply put, radial disarm is a game changing ability. With maxed out range (from stretch and overextended), he can easily disarm foes from afar and make defending the cryopod a much easier task. His new augment mod (Irradiating Disarm) adds further insult to injury as he causes a mass radiation proc across all affected enemies, further adding to his ultimate’s strength.

Nyx (Prime): Nyx is know as the queen of CC, and she excels in defense, naturally. Mind control allows you to take control of priority targets and use them against the enemy. Chaos is one of the best CC abilities in the game, as it forces enemies to aggro anything near them, allowing you to easily pick off enemies from afar.

Nova (Prime): Molecular Prime is her signature ability, and for good reason. Not only does it slow enemies significantly (with enough power strength, you can effectively make them useless) it also causes them to take double damage. Antimatter drop is also quite a powerful ability, as it can inflict a great deal of damage to enemies (its augment mod further increases its potency).

Booben (Vauban): Booben excels in infested defense, but he can hold his own in Void missions and against the Grineer and Corpus, especially if he’s paired up with a Loki. Booben, like Nyx, excels in CC, although he focuses more on setting up traps and letting his enemies be cause like mice, rather than causing the enemies to kill each other. Vortex is arguably his most powerful ability, as it allows him to suck up all enemies within the ability’s range into one point. If you have weapons with punchthrough, you can clear lots of mobs very quickly. Bastille is also a great secondary form of CC, as while it doesn’t affect an unlimited amount of enemies like Vortex, it allows him to provide very strong area denial (especially with its augment mod).

Frost (Prime): Frost is a hybrid spellcaster and tank, best known for his snowglobe ability. While he has a decent suite of Crowd Control, snow globe is his signature skill, as it completely shields the cryopod. This skill remains effectively even in later waves as it spawns with temporary invulnerability. His augment mods also allow him to buff the damage output of his teammates (although aiming is fiddly).

Trinity (Lobster Tail): Trinity is the hard support of Warframe. While she can’t inflict any significant damage through her abilities, she is unrivaled in her ability to keep her team fighting. Energy Vampire constantly restores the energy of her teammates, allowing them to free spam abilities. Link grants her massive damage reduction, status immunity, and reflects damage to the linked enemies. Finally, blessing fully restores the health and shields of her teammates, as well as providing damage reduction based on the amount healed (going all the way up to 99%).

Honorable Mentions (haven’t used much them for defense, but they’re quite strong for this mission type or have some flaws holding them back)

Mesa, the gunslinger frame, also performs quite admirably in defense. Her suite of skills grants her a damage buff (only really useful on sniper style weapons), a (weak and inconsistent) team damage buff and CC, and survivability. Her signature skill, Peacemaker, essentially puts her into aimbot mode and allows her to automatically target and shoot enemies within a very large AoE. She becomes immobile, but she can quickly clear waves. However, this ability does fall off lategame, which is why she isn’t ranked higher.

Limbo is a very polarizing frame and can be incredibly useful or incredibly awful, depending on how he’s modded. His skillset is focused entirely around the gimmick of the “Rift”, an alternate plane parallel to the regular world. Enemies in different planes cannot attack or be attacked by each other. If (and I stress if) built correctly, Limbo can be a more effective Frost in Void defense, as Cataclysm has no damage threshold. However, to get the most use from Limbo, you’ll need lots of high-level Corrupted mods to get the job done, as well as a functioning brain (as he’s one of the few frames that can be an active detriment to the team). Don’t play him if all you do is spam a giant AoE Cataclysm. Because of his massive skill barrier and the investment needed to fully utilize Limbo’s skillset, he is not ranked higher on the list.