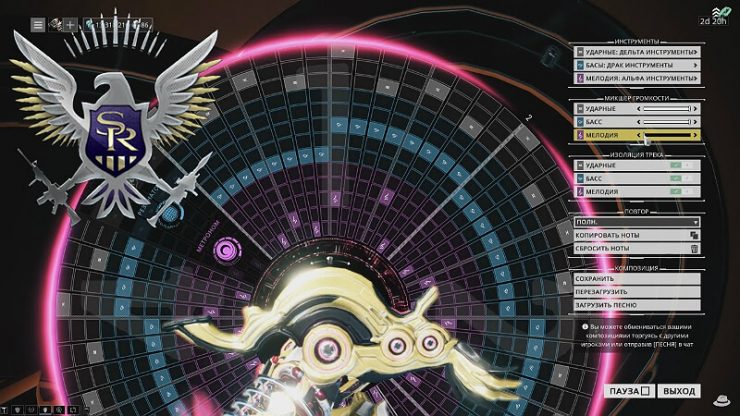 The Mandachord is terrible for people unfamiliar with music AND people who know music.

Watching my fiancee work with the Mandachord was an amazing thing. She’s studying music in college and doesn’t really Warframe at all, but she was super interested in Octavia and the Mandachord because of how DE had been discussing them during dev streams. So I decided to sit back and let her futz around in the Mandacord UI to see how it would go.

She gave up in about a half hour in frustration.

Here’s just a summary of venting.

In summary, DE tried to find a balance between things being too complex and requiring musical knowledge to know, and things being too simplistic. They borked up both ends. “It’s literally only good for Sandstorm loops.”

GTAmes
What is Razorback armada and benefits?